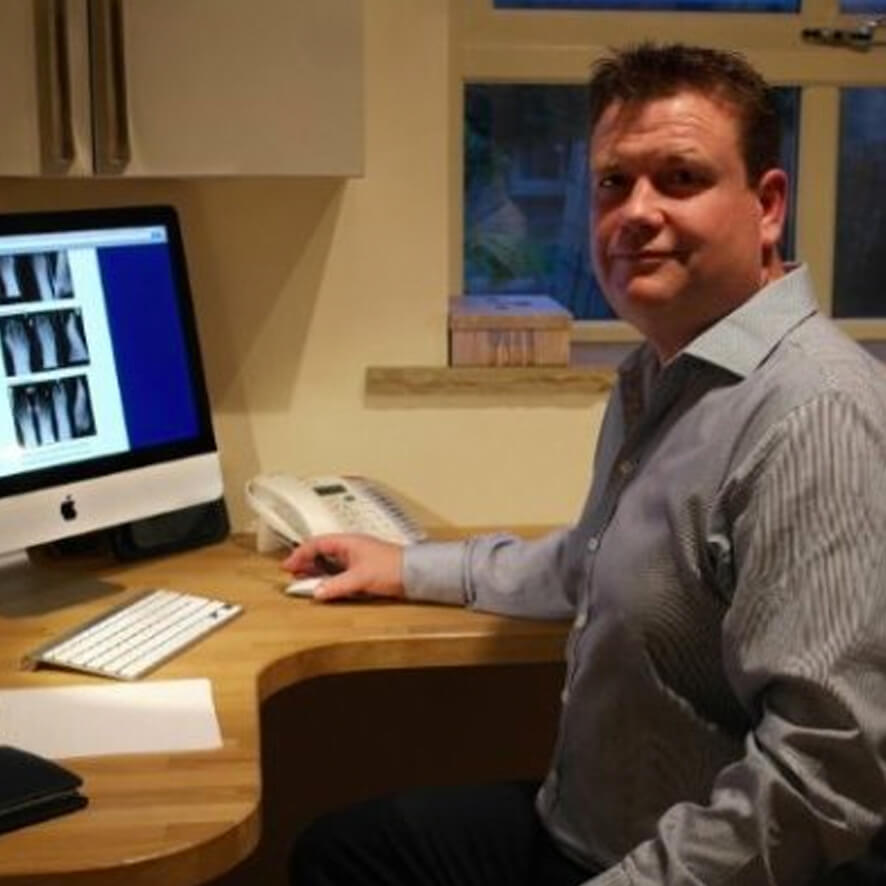 Having qualified from Durham School of Podiatry in 1986, Dale went on to work in the NHS for two years, before establishing two successful private practices in Halifax and Ilkley. In 2001, he embarked on a Fellowship in Podiatric Surgery at University Hospital Lewisham, which he was awarded in 2004. Dale then completed his surgical training in Doncaster as a Podiatric Surgical Registrar. Having received his Certificate of Completion of Podiatric Surgical Training, Dale accepted his first consultant post in Durham in 2007, before transferring to Hartlepool a year later.

Since 2010, Dale has been working in Suffolk where he was appointed Consultant Podiatric Surgeon and Clinical Lead at the Suffolk Foot Surgery Centre, part of Ipswich Hospital Trust. Currently operating out of four clinics (both NHS and private), Dale also works as a consultant at Physiomed in Leeds, close to his home town of Bingley.

A registered tutor, Dale is currently mentor to a specialist registrar in Podiatric Surgery and a pre surgical trainee, as well as being involved in the day to day mentoring of all grades of staff

Having close links with other clinics is important to Dale, which can be seen through the inter-disciplinary care offered at The Abbeyfields Clinic in Bury St Edmunds; Stow Health, Stowmarket; and Nuffield Health in Ipswich.

Safety and Efficacy of the Popliteal Nerve Block

During this outbreak of Covid-19 (Coronavirus) the safety and health of our patients is our top priority. We are offering telephone and video consultations during this time. However, all patients will have a face to face consultation prior to any invasive procedure being performed.

We are running a new pop-up nail surgery clinic in Suffolk! Learn more
+